We Will Rock You Young@Part! 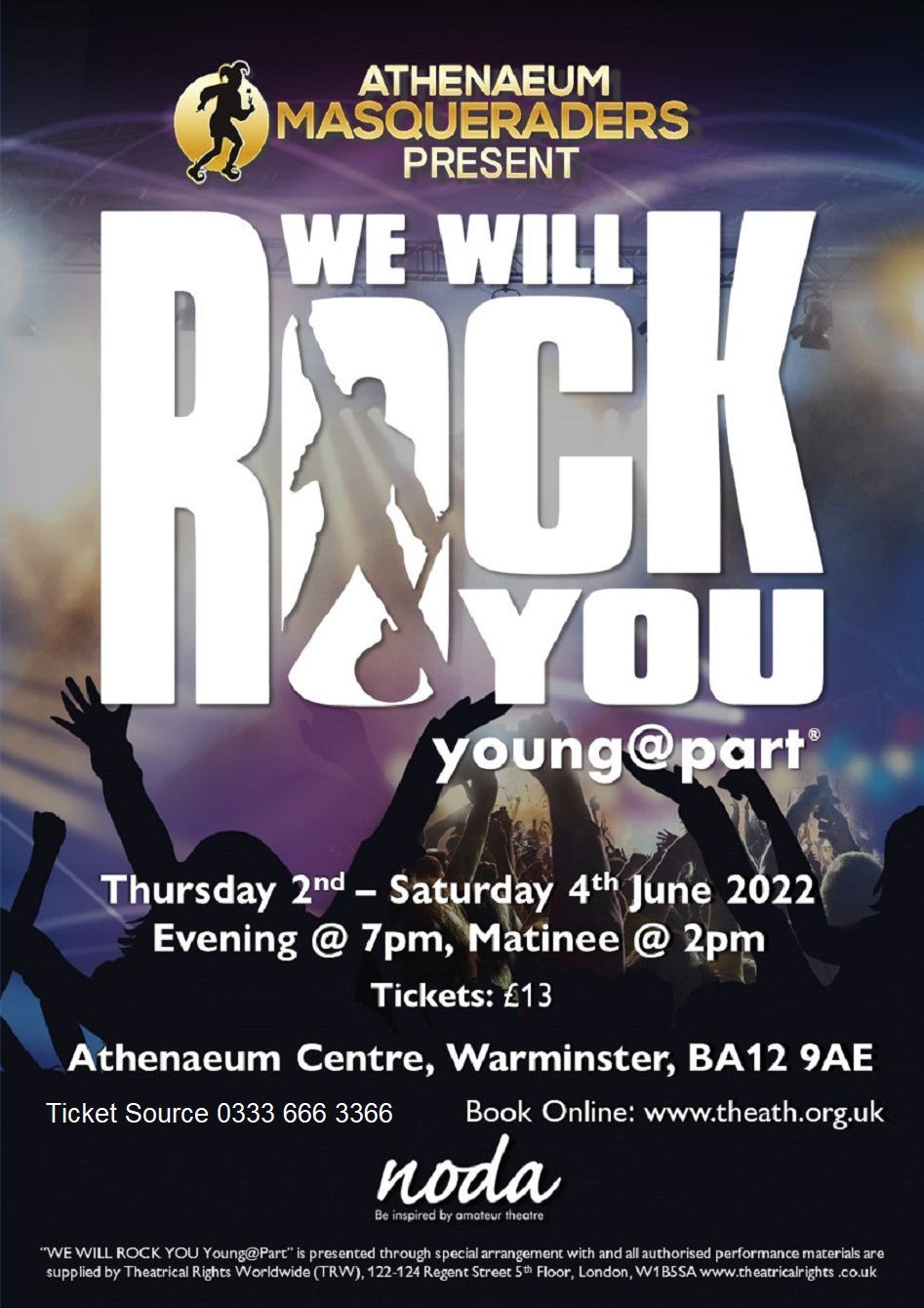 From the 2018 NODA SW Best Youth Musical nominated group, who brought shows like Oliver, The Addams Family and Seussical The Musical, The Athenaeum Masqueraders Youth bring you the epic anthemic, We Will Rock You Young@Part in June 2022.

Featuring some of Queen’s greatest anthems such as “Another One Bits the Dust”, “Bohemian Rhapsody,” “Killer Queen,” “We Will Rock You,“We Are the Champions,” and many more, WE WILL ROCK YOU follows follows two young rebels as they restore rock ‘n’ roll to “the iPlanet” in a post-apocalyptic world. In an age where algorithms predict our every preference, WE WILL ROCK YOU is a musical for our time: a fist-pumping, foot-stomping anthem to individuality.

After a victorious 12-year reign and having rocked over 7 million people in a record-breaking run, WE WILL ROCK YOU played its final West End performance on May 31, 2014 and achieved the distinction of becoming the longest-running show ever at London’s Dominion Theatre. WE WILL ROCK YOU has been performed in 28 countries around the globe and seen by more than 16 million people.

During the show, loud music and special effects will be used for this Rock N’ Roll musical.

“WE WILL ROCK YOU Young@Part” is presented through special arrangement with and all authorised performance materials are supplied by Theatrical Rights Worldwide (TRW), 122-124 Regent Street 5th Floor, London, W1B5SA www.theatricalrights .co.uk