Set in 1980s’ Liverpool, Shirley Bradshaw feels trapped in a world of domesticity and needs a change in her life before she has yet another conversation with the wall. When her friend Jane invites her on a trip to a Greek island, Shirley jumps at the chance and comes to realise that there is still joy to be found in life… it’s never too late if you truly believe. 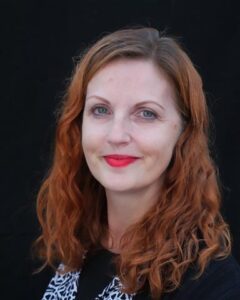 Adela Forestier-Walker, who played Shirley a quarter of a century ago in Mike Ogden’s tour de force production at the Ath, will now be directing the luminous Rebecca Richardson in the role.   Rebecca is no stranger to our audiences; she recently excelled as Queenie in Blackadder 2, as the heartbreakingly bad mother, Mrs Beech, in Goodnight Mr Tom and as overly protective mum, Mrs Pike, in Dad’s Army and next year Rebecca goes full circle to play Mother in The Railway Children.  Coincidentally, Jacky Page will be reprising her role as Stage Manager 25 years after she did the same for Adela – so what goes around can come around again in the nicest way.