There are no upcoming events.

Warminster & District Film Society shows films each month throughout the year. The Society is independent, we chose our own selection of titles, from recent releases to foreign films and take suggestions from our members.

Our year is split into two seasons – The Spring / Summer season runs from March to August. The Autumn / Winter season runs from September to February
By paying a membership fee of £18 each season, all attendance is then free at the door and membership guarantees a seat; there is no need to book, just turn up on the night with your membership card. Members then re-join after the final film of each season.

Non-members can also attend, by buying guest tickets at £5.50* per film.
However, these may be limited due to the capacity of the auditorium. Guest tickets for a film are available at the Athenaeum Box Office and from this website.
Any remaining guest tickets can also be bought on film night.

The Athenaeum, home of the Film Society, has excellent quality equipment; high definition projection and sound, plus a loop system for those who are hard of hearing. The ground floor of the auditorium is accessible to wheelchair users. A lift is available to assist access to the balcony stairs.

The Society is organised by a dedicated committee of members. We are always looking for volunteers to join the committee and help with the running of the Society. 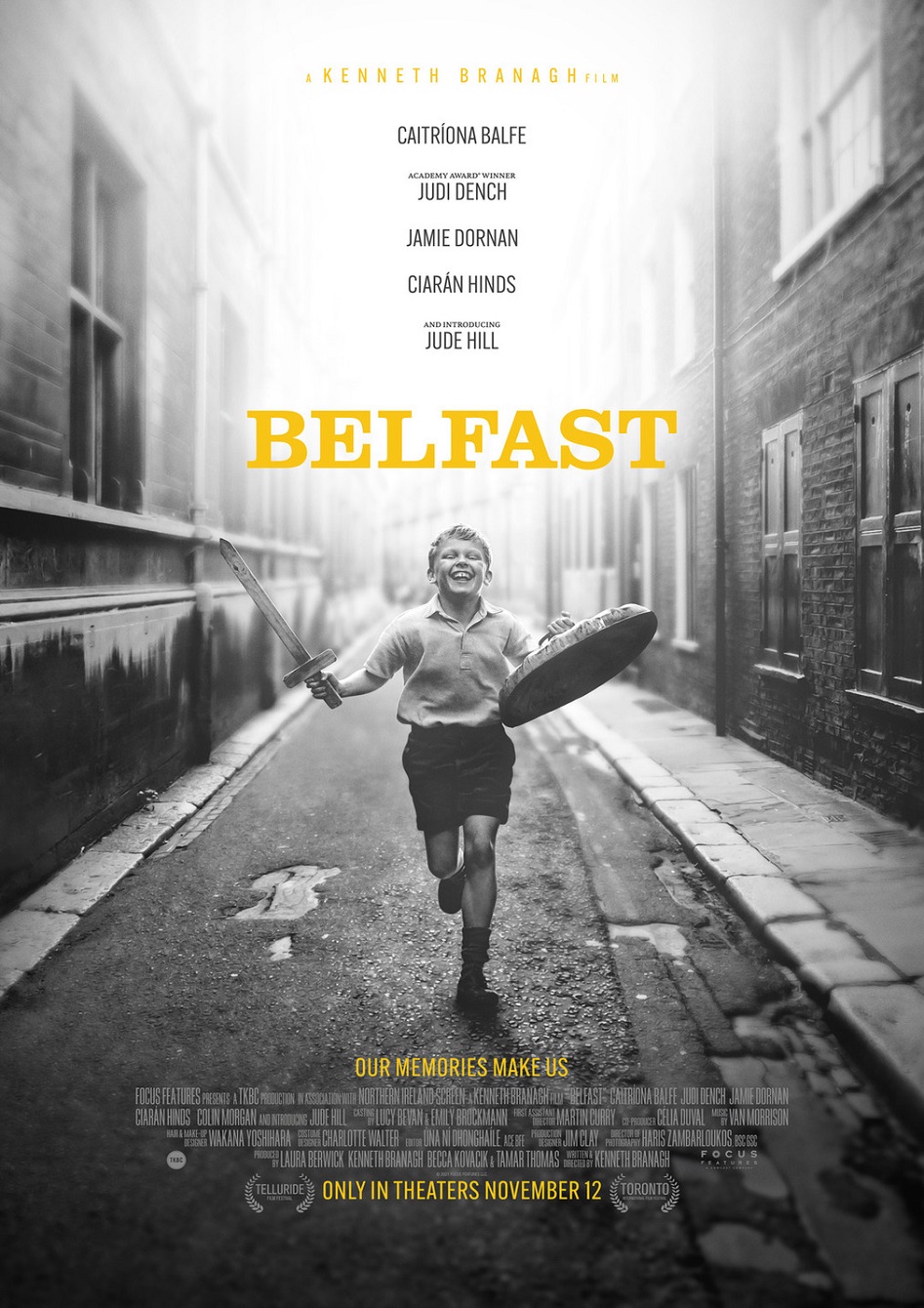 1 hour 35 mins Cert. 12A (UK -2021)
An all star cast lead this coming-of-age film written and directed by Kenneth Branagh, based on true life events from his childhood. It chronicles the life of a Belfast working class family from the perspective of their nine-year-old son, Buddy during the late 1960s ‘troubles’ in Northern Ireland.
(Filmed in Black and White)