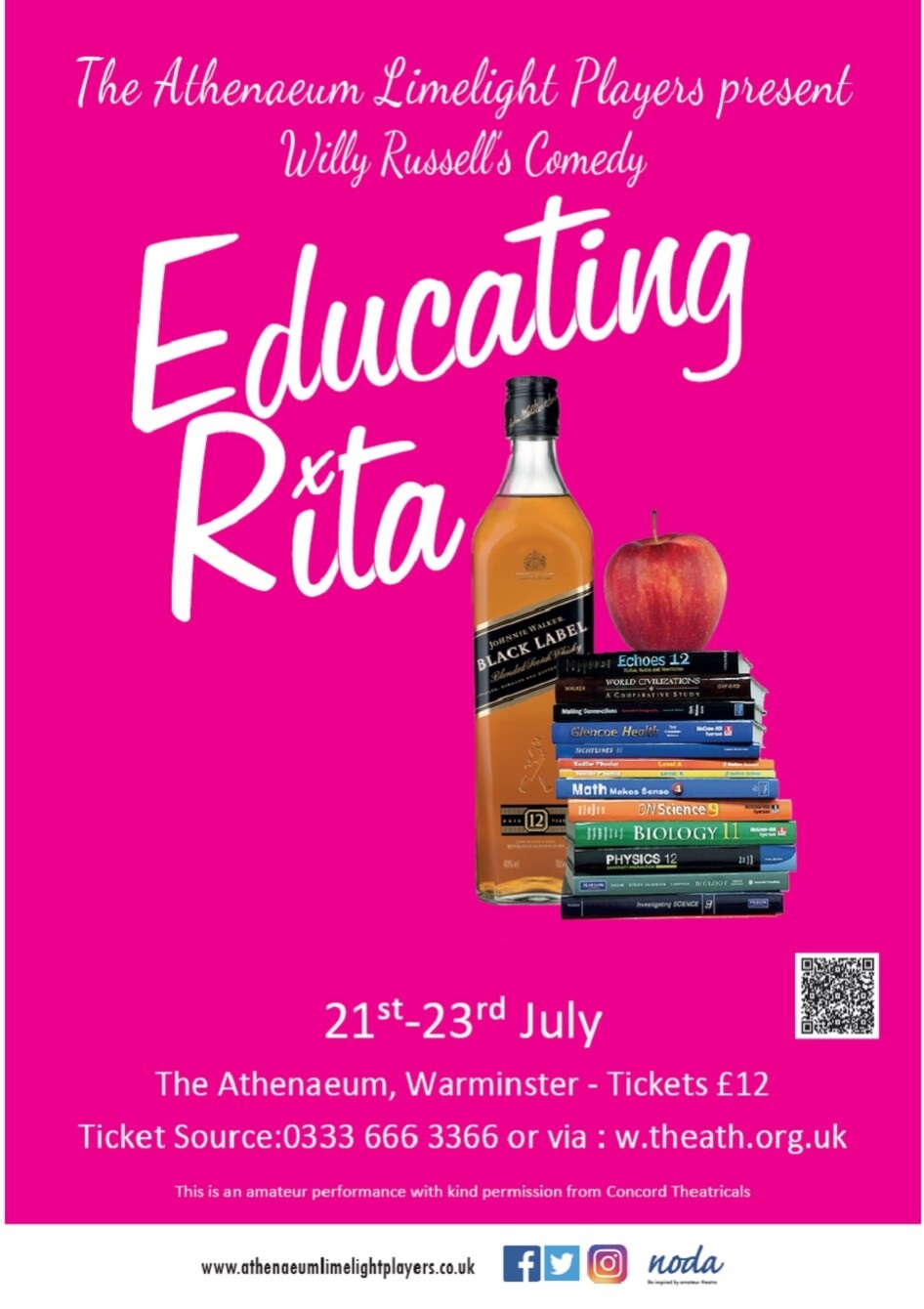 Educating Rita by Willy Russell is a witty yet poignant look at a working-class woman’s attempts to change her social circumstances
Frank is a tutor of English in his fifties whose disillusioned outlook on life drives him to seek refuge in bottles of whisky he hides on his bookshelves. Rita is a forthright, twenty-six-year-old hairdresser who is hungry to “know everything”. With Frank as her tutor, Rita embarks on an Open University course and her education process begins. The effects are both highly amusing and serious as her fresh, intuitive approach becomes clouded and stifled as she grapples with the problem of a formal education geared to the passing of exams.

Educating Rita was originally written for the Royal Shakespeare Company and produced in 1980. Willy Russell requested to update the published text, in the light of productions in Liverpool in 2002, but we have decided to produce with the original script, setting it firmly in the ‘80s because we feel that Rita herself is a product of the 80s and her personal quest is to reach beyond it. Therefore, the language, societal mores and attitudes reflect that period.

The role of Rita in this production is played by Charlotte Stringer who is well-known to local audiences – and well-loved for her performance of that other hairdresser, southern belle Truvy in our production of Steel Magnolias. Marc Cox is a talented actor who has been seen more recently as a director of many of our productions; the chemistry between his Frank and Charlotte’s Rita makes this a particularly brilliant pairing which was palpable even at the auditions.

Educating Rita is ALPs second production after Lockdown, after the delightful version of Jeeves & Wooster which took place last November. We are now gearing up to our final production this year, The Vicar of Dibley Christmas which we know will be a rousing success too.

Tickets will be on sale for Dibley soon, and when you buy a souvenir programme for Educating Rita you might be buying the one with a secret number that wins you two free Dibley tickets plus two glasses of wine during its interval!

CREDITS
This amateur production of “Educating Rita” is presented by arrangement with Concord Theatricals Ltd, on behalf of Samuel French Ltd